China’s power generation (including district heating), accounts for an astonishing one-third of global coal consumption, the IEA report estimates, and fast growing electricity demand is a key driver underpinning coal demand in China. China’s overall coal use (ie, power plus non-power) accounts for more than half of the world’s total consumption of coal, and China is also the world’s largest coal producer and importer.

This is despite a decade of strong and sustained efforts to diversify the country’s power mix, says the IEA report, during which China has expanded hydro, wind, solar and nuclear power capacity by more than any other country – and intensive switching from coal to natural gas in the residential heating and light industrial sectors.

The pledges to reach net zero emissions made by many countries, including China, should have very strong implications for coal – “but these are not yet visible in our near-term forecast, reflecting the major gap between ambitions and action’’, the report says.

In fact, China’s coal consumption hit an all-time high in 2021 and will continue to rise until 2024, the IEA report suggests.

Despite the country’s coal shortage and corresponding implications for industrial production and electricity demand, the IEA estimate for China’s coal consumption in 2021 was 4130 Mt in 2021 – surpassing the previous record set in 2013 – and 4% higher than in 2020.

China’s coal consumption to 2024 is forecast to increase slightly (1.1% per year on average), mainly to satisfy power sector needs, to reach some 4266 Mt. Despite intensive nuclear and renewable energy capacity expansions, China will still have to rely on coal and, to a lesser extent, gas, to keep pace with rising electricity demand, the IEA report concludes.

With power generation in China accounting  for such a large proportion of global coal consumption, “no other sector in any other country – or any other fuel – has a comparable influence on global trends”, says the report.

In 2020, the amount of coal China consumed for power generation was 2433 Mt. A large share of China’s coal-fired power capacity is cogeneration, an essential factor in the country’s heat supply. Therefore, as demand spiked to meet higher-than-usual heating needs in December 2020, China was confronted with power shortages due to inadequate capacity in at least five regions, the IEA report suggests.

Chinese coal consumption for power generation was expected to increase drastically in 2021. On the demand side, this is driven by continued strong industrial growth, especially in the first half of 2021, as well as by weather conditions. The cold spell that spanned late 2020-early 2021 put extra pressure on coal plants. In the summer, a heatwave intensified cooling demand at the same time as low rainfall amounts reduced hydropower generation.

In the third quarter of 2021, an imbalance between coal supply and demand became apparent when coal producers were unable to keep up with surging demand, the IEA report notes. In mid-2021, China began to curtail industrial activity in some provinces as coal supplies and imports were unable to keep up with demand. In September, power rationing for industrial consumers occurred in 20 provinces.

The Chinese government reacted quickly, however, the IEA report notes, and the coal shortage was over by November owing to higher production and reduced demand from energy-intensive industries. 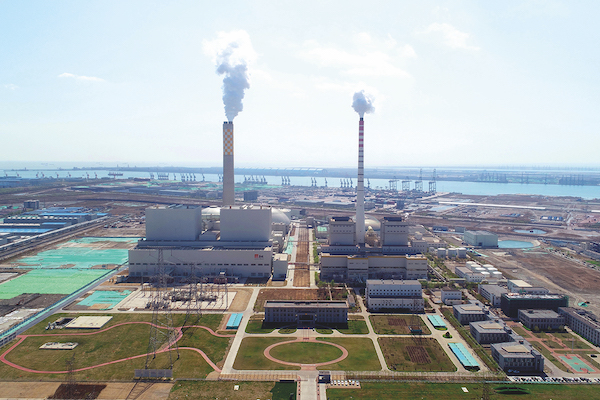 Nevertheless, the IEA report estimates that coal consumption for power generation increased by ~9% (+227 Mt) in 2021 despite the supply shortage, and forecasts that Chinese power demand will continue rising by ~3.9% annually.

Although China is “expanding its renewable energy capacity, growth of 9.5% per year on average from 2021 to 2024 is not likely to be sufficient to meet additional demand”, the report says, and notes that China is increasing its “coal-fired generation capacity at a pace of ~30 GW [net] per year.”

Between 2021 and 2024, China’s coal-based power generation is forecast to increase 1.4% annually, and coal consumption by just slightly less, owing to higher plant efficiency, the report estimates.

The 14th Five-Year Plan, which outlines China’s economic priorities for development during 2021-2025, attempts to balance climate considerations, energy security and affordability. Therefore, despite China’s commitment to peak its carbon emissions by 2030 and achieve carbon neutrality by 2060, the plan considers “coal an irreplaceable energy source in upcoming years”, the IEA report notes, observing that the plan’s aim is to stabilise coal production to secure 4100 Mt by 2025.

China is certainly proving to be no slouch in the area of renewables either. Take offshore wind, for example. According to Global Wind Energy Council figures, China has accounted for over half of all installations worldwide in recent years, ranking as global leader in terms of new offshore wind capacity.

However, as well as accelerating the development of renewables, it also seems apparent from the Five-Year Plan that China will continue to actively promote what it calls “the clean and efficient use of coal.”