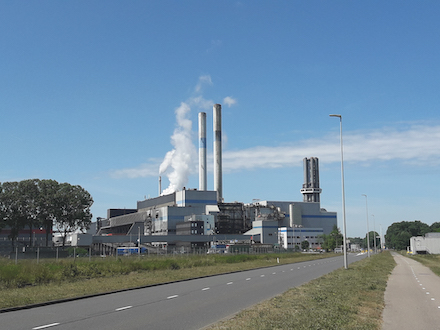 It is simple enough to understand that sustainable energy generation is essential in meeting demand in a growing world, but figuring out how to do it effectively is much more of a complex process. Despite their constantly expanding role in providing power to billions of people, renewable energy sources such as wind, solar and hydro cannot fuel the planet alone.

In truth, sustainable power generation is an intricate web of different sources, some much more in the public eye than others. One method that has a major role to play both today and in the future is waste-to-energy. In particular, using this to bring concepts such as distributed generation to fruition will be integral to powering our towns and cities for many years to come.

Waste-to-energy: a crucial cog in the power generation machine There is a huge amount of value in making use of waste that would otherwise be sent to landfill. Environmental experts are constantly urging us to end the ‘throwaway culture’ that has become firmly established in our lives, in favour of a circular economy where materials are recovered, reused or repurposed wherever possible.

Waste-to-energy is one of the many ways to embrace this philosophy. While techniques such as combustion or gasification produce emissions, it is important to note that much of this is offset by the fact that fossil fuels do not need to be burned as part of the process. Combine this with increasingly efficient filtering and scavenging equipment and power production methods, and the case for waste-to-energy becomes hugely compelling.

A cleaner future with distributed generation

Meeting global demand for energy means using all the avenues available to us, while doing everything in our power to minimise impact on the environment. Conventional power stations such as nuclear, coal and large-scale solar plants are generally centralised and require generated electricity to be transmitted across long distances as part of a large network.

Distributed generation systems, in contrast, are smaller, decentralised and tend to be situated close to the locations that they serve. Because of this, they often use energy sources that are different from conventional power stations, such as small-scale solar, biomass or waste.

In many cases, this provides a number of key advantages, including the following:

Despite these benefits, there are areas where the various technologies behind distributed generation need to be fine-tuned in order to make it truly future-proof, particularly when it comes to waste-to-energy. A crucial area to focus on is making the waste-to-energy process more efficient than ever before, thereby maximising power output while reducing emissions.

This is what the replacement of the steam turbine at AVR-Rozenburg aims to achieve.

Located in South Holland, Netherlands, AVR-Rozenburg is a 108 MW waste-to-energy plant, which entered operation in 1972.

Employing steam turbines to generate electricity from combustion, it processes more than 1.1 million tonnes of waste each year, with around 70% of this coming from households and the remaining 30% from local businesses.

AVR-Rozenburg supplies energy to the Zuid-Holland heat network, with plans for this to be extended further towards Den Haag and Leiden. This means flexibility and adaptability are central to how the plant operates.

The plant is owned by AVR-Afvalverwerking, a company founded in 1968 as an incineration plant designed to reduce waste volumes. Since then, the organisation has grown into a sophisticated waste-to-energy business with facilities across the country, including in Rotterdam, Utrecht, Den Haag and Duiven.

AVR specialises in the processing of various types of residual waste, such as waste water, paper pulp residue, household and commercial waste, waste wood and hazardous waste. This is all part of its commitment to making what has no value, valuable again.

Throughout its lifetime, AVR-Rozenburg has been a prime example of how both waste-to-energy and distributed generation can combine to deliver a reliable source of electricity to local people. With an emphasis on advanced technology and consistent evolution, it has developed a reputation as a trendsetter in the industry.

However, several decades of hard work meant that a turbine at the plant was in urgent need of replacement.

The fact that it was built using 1970s technology and production methods also led the management at AVR-Rozenburg to decide a more modern and efficient solution was needed to future-proof the facility.

Further, AVR needed a turbine that could better support the company in its wider sustainability ambitions. Practices that AVR embraces include using the bottom ash from incinerated waste in various practical applications, such as a special glaze layer for ceramics, which is used in the reception area at the Rozenburg facility and beyond. AVR also processes the waste water from a local chemical company, reclaiming molybdenum – a rare heavy metal that can be reused in the steel industry.

A newer, cutting-edge turbine was an essential component in supporting these goals.

Marcel Kooman, senior project manager, strategic projects, and manager of the AVR turbine F project, said: “At AVR, we have a proud tradition not just of turning unwanted waste into valuable energy, but of moving with the times and making sure our technologies and approaches are as up-to-date as they can possibly be. This means making decisive changes to our on-site equipment where appropriate.

“Replacing a turbine is a huge undertaking and always requires significant effort in terms of time and money, but given our focus on evolution and building a better future for waste-to-energy, we realised it was a necessary task.”

To carry out this project, AVR turned to Siemens Energy, which immediately embarked on plans to install an SST-400 back-pressure turbine and an SGen5-100A-2P generator. The team has lovingly nicknamed the turbine Saskie.

Siemens Energy’s remit also included a number of bespoke features, such as designing and supplying the steel base frame and steel columns for the turbine, as well as live steam and exhaust steam piping, a noise hood including firefighting system, and other electrical equipment including a transformer.

The turbine began proving its worth shortly after installation, demonstrating output and efficiency levels that were higher than predicted. Saskie has reached a power output of 19.6 MW, 2.5% above the initial guaranteed load point measurement of 19.1 MW.

This efficiency of operation has also helped reduce AVR’s overall environmental impact, as more power and heat can now be produced from a given amount of waste. This not only reduces emissions, but also helps to improve the plant’s readiness for potential installation of carbon capture in the future. Furthermore, the more advanced components making up the turbine have helped to reduce the amount of noise produced by the plant.

Marcel Kooman added: “The new turbine has exceeded our expectations, and shown us what we can achieve in the future in terms of sustainable waste-to-energy and its role in distributed generation. As a company that relies on combustion to produce energy, we are acutely aware of the need to keep emissions down and put plans in place to ensure we are consistently improving in this respect in the years to come. Siemens Energy’s turbine will be important in helping us meet these goals.”

The future is bright for waste-to-energy

Given the ever-pressing need to reduce global carbon dioxide levels, any method of power generation that produces CO2 is guaranteed to be put under the spotlight in the coming years. Making waste-to-energy as efficient and as clean as possible will ensure that the benefits heavily outweigh the disadvantages, meaning it will continue to play a leading role in the distributed generation ecosystem for many decades to come.