Five Illinois coal plants that are currently closed or in the process of ceasing coal operations
are planned to begin operating as energy storage facilities in 2025, supported by the Coal-to-Solar Energy Storage Grant Program of the Illinois Department of Commerce and Economic Opportunity (DCEO). This initiative provides incentives for companies to install energy storage facilities at the sites of former coal plants, providing benefits to the electric grid and the ability to accommodate more renewables, in line with the plans for Illinois to have 100% clean energy by 2050, while at the same time “preserving the strength and reliability of the state’s electrical grid.” 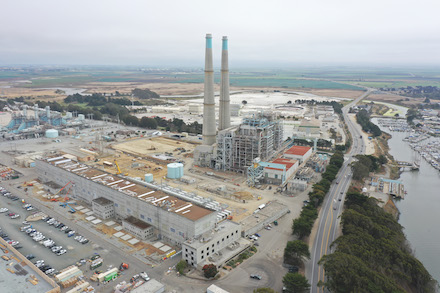 “Illinois is taking strides that no other state in the Midwest – and few in the country – are taking when it comes to combatting climate change”, says Illinois governor J B Pritzker. “The Coal-to- Solar Energy Storage Grant Program is a critical component of ensuring Illinois families see stable and reliable energy service every step of the way.”

Guided by criteria outlined in CEJA (Climate and Equitable Jobs Act) legislation, the five coal plant sites will receive a total of $280.5 million over a ten-year period (capped at $28.05 million per year), with the first payments issued in 2025 when the facilities are expected to be commercially operational. The amount of funding received by each project corresponds to the MW capacity of the facilities. At peak capacity, the new storage facilities will be able to provide a total of 255 MW.

The program provides $110 000 per MW (with a yearly cap of $28.05 million for all recipients) and each project must have a storage capacity of a minimum of 37 MW.

The plants were selected through a competitive review process, as outlined in the statute, which permitted up to five plant sites to be selected. To qualify, the plants must have burned coal, have a generating capacity of at least 150 MWe, and make a commitment to hiring a diverse workforce and apprentices.

The Coal-to-Solar Energy Storage Grant Program is the first DCEO CEJA programme that has been rolled out to date. In addition to the Coal-to-Solar Energy Storage Grant Program, DCEO is also in the process of implementing several statewide workforce training programmes, grants for communities impacted by the energy transition, programmes to support historically underrepresented contractors in the green energy space, and a navigator programme to ensure the State is reaching populations most in need of support.

Meanwhile, Vistra says it expects to have its 400 MW/1600 MWh Moss Landing battery energy storage facility (Monterey Bay) fully operational by the end of summer 2022. With “corrective actions determined and implementation nearing completion”, including replacement of connectors in the water-based heat suppression system and testing, the company anticipated it would have 200 MW available in early June, with another 150 MW coming online incrementally throughout the month. The remaining 50 MW are anticipated to become operational in August as replacement batteries are received and installed.

The facility consists of two separate buildings, one housing the 300 MW Phase I tranche and the other the 100 MW Phase II, with all battery equipment supplied by LG Energy Solution.

On 13 February, the early detection safety system activated in the Phase II building. The building’s systems contained the event without the need for the outside assistance, with no injuries to personnel. The water-based suppression system released water that contacted some batteries. The water hoses appear to have leaked, causing some batteries to short, creating smoke in the building, similar to what was observed during the September 2021 incident at the Phase I facility, next door.

As with the previous phases, Moss Landing Phase III should be able to move quickly due to the utilisation of an already-approved development permit and its location on a Vistra-owned (natural gas fuelled) power plant site with existing interconnection and infrastructure. At its plant sites in California and across the country, Vistra says it is “leading the way in responsibly reclaiming and repurposing sites that have been historically used for fossil fuels, transforming them with renewables and battery storage.”

In the UK, the proposed conversion of the former Uskmouth coal fired plant in South Wales, to run on waste-derived fuel pellets has been abandoned and a new plan is now being promoted, which envisages transition of the Uskmouth site into a “sustainable energy park, which as a first step includes plans to deliver a battery energy storage system (BESS)”. The Uskmouth site has a 230 MW grid connection coupled with significant land and infrastructure that make it “a prime location for the delivery of a large-scale, commercially attractive, BESS facility”, says site owner and project developer Simec Atlantis Energy.

On 24 May, Simec Atlantis Energy announced that, via its portfolio company Uskmouth Energy Storage Limited (UES), it had entered into an agreement with Energy Optimisation Solutions and Quinbrook Infrastructure Partners to deliver a 230 MW/460 MWh battery energy storage system at the Uskmouth site. This would be one of the largest battery storage developments in the UK and represents “an anchoring project in the development of the Uskmouth site into a sustainable energy park.”

Simec says the project will provide about £40 million in revenue over 30 years, of which about £11 million will be paid within the next 18 months, subject to the achievement of certain milestones.

UES will own and operate the new facility. The development requires a modification of the grid connection agreement and a planning application, the latter to be determined by Newport City Council. Construction is expected to take 18 months, with the battery storage facility expected to become operational towards the end of 2024.