The tipping point: are we there yet?

Research from consulting company Delta-EE suggests that 2022 “could be the year where policy support creates a viable business case for green hydrogen”, while piston engine and gas turbine suppliers and operators increasingly aim for hydrogen readiness 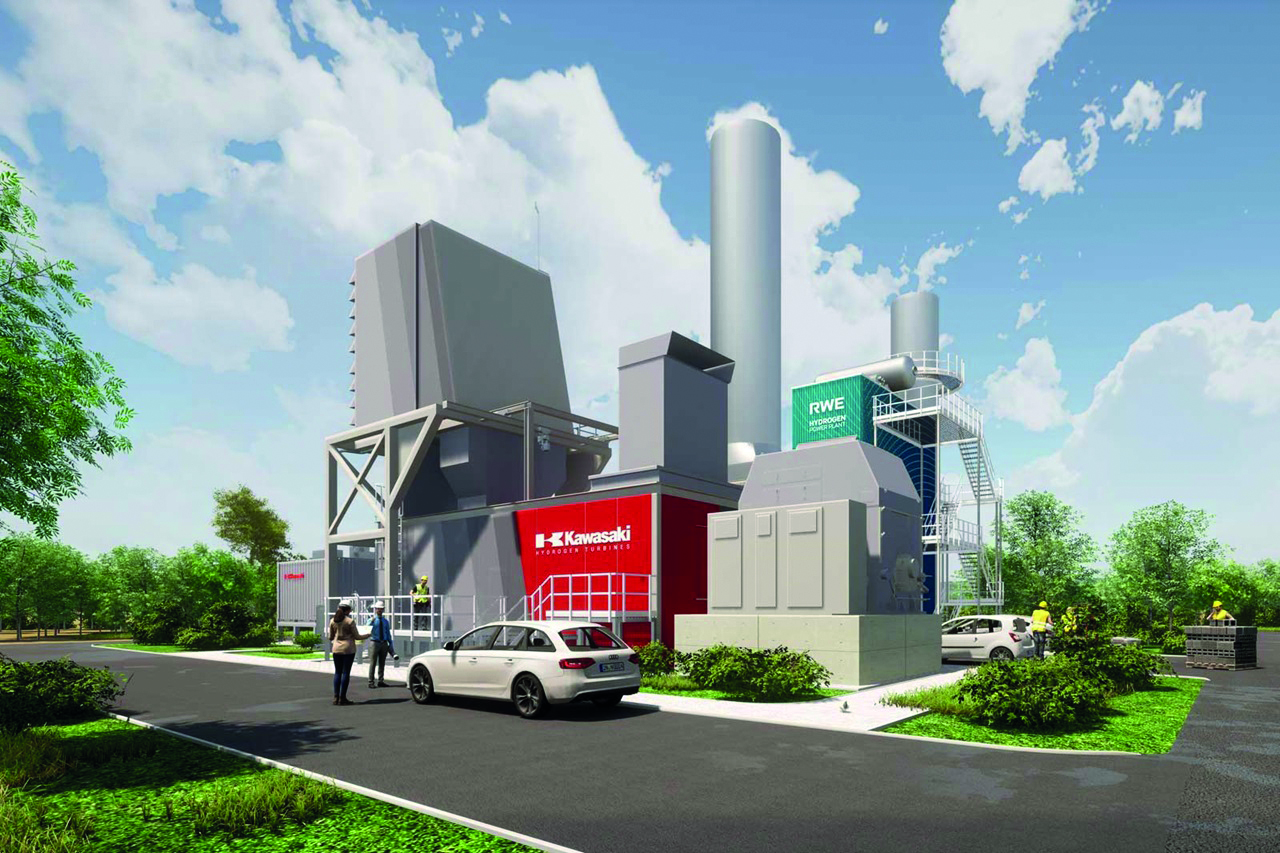 According to Delta-EE’s clean hydrogen projects database, 115 projects – with a combined potential electrolyser capacity of 2138 MW – are due to become operational in 2022 and 2023. But only 37% (794 MW) of these projects have reached final investment decision or been awarded public funding in Europe and the UK. Many of these projects are dependent upon positive legislative indications and incentives from respective governments.

Incentives such as the UK Hydrogen Business Model and the wider Net Zero Hydrogen Fund, expected to launch in early 2022 and 2023, the UK Hydrogen Strategy, aiming for regulatory frameworks to be in place in the early 2020s, and the EU’s RED II delegated act and Hydrogen and Decarbonized Gas Package, are expected to be key policy drivers.

If the necessary policy environment is achieved, 2022 could represent a tipping point for a flurry of activity. With over 6 GW of announced projects now planned by the end of 2024, according to Delta-EE’s pipeline, the focus must shift to providing a policy environment that allows these projects to reach reality, the company says.

Dr Robert Bloom, service manager for Delta-EE’s Global Hydrogen Intelligence Service, comments on the potential for a regulatory tipping point: “To date, many green hydrogen projects have been planned and announced in Europe, but relatively few have reached final investment decision. Our research suggests that 2022 could be the year where we see the necessary policy environment develop that could drive projects in the tens or even hundreds of megawatts towards coming online.

“Long-term incentives and long-term policy will allow de-risking of projects. This will give developers confidence that project finances are viable, and customers can be provided with a cost-effective solution leading to the green lighting of a number of the planned projects in the UK and Europe.”

The industrial sector is a prime target for clean hydrogen and Delta-EE predicts it will account for over 60% of green hydrogen demand by 2026. There are currently 15 industrial projects awaiting final investment decisions or public funding, linked to potentially 894 MW electrolyser capacity due to come online in 2022 and 2023, Delta-EE estimates.

In recent months we have seen a plethora of projects announced by gas turbine and piston engine technology providers aiming towards hydrogen readiness.

Norwegian piston engine manufacturer Bergen Engines (recently sold by Rolls-Royce to Langley Holdings), for example, says it has launched a comprehensive test programme aimed at transitioning towards “zero carbon emission engines, allowing a gradual transition from liquid natural gas to 100% green hydrogen fuel, as and when it becomes commercially available.”

The company reports that the first tests on a B-Series Bergen gas engine, running on a blend of 15 % hydrogen and 85 % natural gas (by volume), “have been successfully completed without any hardware adjustments.”

It was confirmed that the power output was maintained according to specification at all load levels while the carbon dioxide and carbon monoxide emissions were reduced. Lower unburned hydrocarbon levels and methane slip were “also proven.”

Bergen Engines says it is “aiming to have a commercial solution in the market that will accept hydrogen content of up to 60%, and solutions that can be further developed to accept 100% for new engines to come.”

Meanwhile, the aim is that the current Bergen gas engine fleet will “take low levels of hydrogen without any hardware changes” and when “there is viable access to green hydrogen”, the intention is that Bergen engines will be ready to accommodate higher levels of hydrogen, with the required engine upgrade done “as part of a main service revision that includes piston replacement, so that a portion of the expense can be offset into the normal service cost.”

Aiming for 100% hydrogen at Emsland

In Lingen, Germany, Kawasaki Heavy Industries and RWE are planning to install a gas turbine powered by green hydrogen, “to test the conversion of hydrogen back into electricity, at RWE’s Emsland gas-fired power plant.”

The joint demonstration project, “H2GT-Lingen’’, will be “one of the world’s first pilots to test 100% hydrogen-to-power conversion in an industrial scale turbine”, the project partners claim.

It is hoped that the plant, with an output of 34 MWe, employing a Kawasaki L30A gas turbine/ GPB300 genset, could become operational in mid-2024.

In order to become climate-neutral by 2040, RWE is planning to switch its gas-fired power plants from natural gas to hydrogen over time.

Via the H2GT-Lingen project, RWE hopes to gain experience of operating a hydrogen-fired turbine and will fuel it with green hydrogen produced from electrolysers powered by renewable electricity.

The Kawasaki gas turbine provides a high degree of fuel flexibility. It can operate with 100% hydrogen, 100% natural gas and with any combination between. This “flexibility will be indispensable”, the partners say, as during the initial phase the amount of hydrogen available will fluctuate over time, until continuous 100% hydrogen operation becomes possible, with ramp-up of the hydrogen economy.

Kawasaki has developed two different types of combustion systems to achieve 100% hydrogen operation. One is based on a diffusion flame combustor, the other on a dry-low-emission (DLE) combustor.

To start with, the diffusion flame combustor will be used for the H2GT-Lingen project, employing water injection to achieve low emissions.

In a subsequent phase, the installed diffusion flame combustor will be replaced with a Kawasaki Micro-Mix DLE combustor (MMX-combustor).

The hydrogen combustors it has developed were successfully tested at 1 MW scale in 2018 as part of a demonstration H2 power plant project in Kobe, Japan. The H2GT-Lingen project thus aims to scale up what it sees as “proven technology principles.”

The rapid global expansion of renewables over the past few decades has led to new challenges for conventional power generation systems and during the transition period, gas turbine technologies will play a vital role in stabilising power supply, say RWE/Kawasaki

Accordingly, in the course of the H2GT-Lingen project a range of gas turbine loads, from 30% to 100%, will be investigated to address operational flexibility issues.

The Lingen site is playing a key role in RWE’s hydrogen strategy: as part of the GET H2 project, the company plans to build a 100 MW electrolysis plant there by 2024, which will produce green hydrogen using offshore wind power from the North Sea. The capacity of this electrolyser facility is to be expanded to 300 MW by 2026 and to 2 GW by 2030.

The aim of the GET H2 project is to work with national and European partners to create the critical mass needed to kick-start the development of a supra-regional European hydrogen infrastructure and develop a strong European hydrogen market, says RWE.

In Italy, Edison, Eni and Ansaldo Energia have recently announced the launch of a feasibility study looking at the production of green and/or blue hydrogen and blending it with natural gas for use in Edison’s GT36 based 780 MW Porto Marghera combined cycle plant, which is due to enter commercial operation within the second half of 2022.

Eni, which aspires to become Italy’s key player in decarbonised hydrogen, says it is developing a “Hydrogen Valley” in Porto Marghera, with investment throughout the supply chain, “from the production of biofuels to hydrogen for sustainable mobility and, thanks to the agreement with Edison and Ansaldo Energia, also for electricity generation.”

GE makes similar assertions for its HA gas turbines. Two 9HA.01 machines recently ordered by Chinese state-owned power utility Guangdong Energy Group for its Guangdong Huizhou combined cycle power plant in Guangdong province, due to be operational in 2023, are “expected to burn up to 10% by volume of hydrogen blended with natural gas upon start of operation”, with potential for an increased level in the future. They will be the first gas turbines to burn hydrogen blended with natural gas in mainland China, says GE, noting that “China is committed to the coal-to- gas transition and implementing its policy to reduce coal’s share to under 58% of the energy mix.”