Meeting the energy needs of remote mining communities is a key driver behind the development of small modular reactors (SMRs). One project that seems to be gathering pace is a plan to construct a first-of-a-kind small land based PWR in the Russian far east, based on marine reactor technology 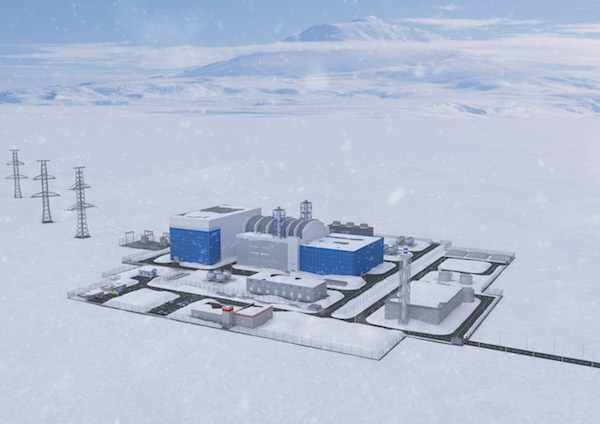 The plan to construct a first-of-a-kind 55 MWe/190 MWt land based SMR (small modular reactor) in Yakutia (Ust-Yansky region), building on Russia’s nuclear ice-breaker and floating nuclear power plant experience, took another step forward in early September with the signing of an agreement between the Ministry for the Development of the Russian Far East, the Republic of Sakha (Yakutia) and Rosatom (Russian state nuclear corporation).

The agreement envisages that the new “Far Eastern Concession Mechanism” (supported by JSC VEB Infrastructure, a subsidiary of VEB.RF, a major Russian state investment corporation) could be employed to fund the project. This empowers the Ministry for the Development of the Russian Far East to conclude concession agreements with businesses for provision of key infrastructure projects.

It is considered that construction of the SMR would help to overcome one of the main infrastructural constraints holding back “promising commercial projects in the North-Yakutian Arctic area” by ensuring uninterrupted power supply and fixed prices for electricity.

Under the new agreement, the parties also agree to develop a joint plan for “comprehensive social and economic development of Arctic territories in Yakutia”, with modernisation of the energy infrastructure and improvement of “the transport and social infrastructure of the Ust-Yansky region.”

“It is not just the mere replacement of outdated coal and diesel energy sources with advanced and cleaner technologies”, said Aysen Nikolaev, Head of the Republic of Sakha, “we believe that this project will become the foundation for positive change in the Ust-Yansky region, and the Yakutian Arctic in general. The SMR NPP will breathe new life into all local industry, in particular tin, gold and silver projects, and in general, it will turn the region into a highly developed territory comfortable for people to work and live in.”

The construction of an SMR in Ust-Yansky would reduce the district’s dependence on imported diesel, currently costing an estimated RUB5 million ($68 000) per 1000 tons, and would ensure efficient energy supply to the Kyuchus gold field project. Gold mining is energy-intensive and Kyuchus is the biggest undeveloped gold field in Russia, so supplying its energy needs via diesel would be challenging, if not impossible.

Rosatom reported another important milestone for the Yakutia SMR project in August when it announced that its subsidiary Rusatom Overseas (responsible for international business) had been granted a licence by Rostekhnadzor (Russian nuclear regulator) allowing it to “build nuclear installations at nuclear power plants”, noting that the licence was obtained “within the framework” of the Yakutia SMR project.

With the aim of ensuring flexibility and fast decision making for this first-of-a-kind pilot facility, Rusatom Overseas is taking an expanded role in the Yakutia SMR project, acting as developer and builder. Nuclear utility Rosenergoatom (also part of Rosatom) is in the role of customer and will eventually be power plant operator.

On 22 June 2021, public hearings were held in Yakutia. Currently, the project developers are working on the environmental review, having already completed site surveys.

An agreement paving the way for the project was signed in December 2020 between Rosatom and the government of Sakha. This envisaged first-of-a-kind SMR construction in the north-east of Russia, with Yakutia confirming the off-take of up to 50 MW of electricity and confirming its readiness to assist in siting of the plant. Two candidate sites are currently under consideration.

The Yukutia SMR, in its role of pilot facility, would consist of a single reactor, but a more typical configuration, potentially to be adopted for future projects, probably would consist of pairs of reactors.

The current schedule for the Yakutia SMR envisages start of construction in 2024, with completion in 2028.

The Yakutia plant will employ Rosatom’s RITM-200N pressurised water reactor technology, which builds on many years of operating experience (about 400 reactor years, going back to 1954) with small reactors employed in the Russian nuclear icebreaker fleet (designed by OKBM Afrikantov, another Rosatom subsidiary).

A direct antecedent of the RITM-200 was the KLT-40 marine reactor, used in icebreakers but also deployed in the Akademik Lomonosov, the world’s first, and, so far, only, floating nuclear power plant. The Akademik Lomonosov, which has two KLT-40S reactors, started supplying electricity to the Chukotka grid in December 2019, was fully commissioned in May 2020, and in June 2020 supplied its first heat to Pevek city (Chukotka), with the expectation that by the end of 2021 it will be supplying heat to all districts of Pevek. It is the world’s northernmost nuclear power plant, and is enabling phase-out of the Chaunsk coal fired plant and the 4 x 12 MWe Bilibino nuclear plant, in operation since the 1970s, designed to cope with -62°C, and thought to be the only nuclear plant in the world to be equipped with dry cooling.

The RITM-200 represents a significant evolution from the KLT-40, with an integral configuration and “Generation 3+” design features, combining active and passive safety features. Dimensions are reduced by 45% and mass by 35%, but unit power rating is increased from 38.5 MWe to 55 MWe, thermal capacity from about 150 MWt to 190 MWt.

Floating nuclear power plants are considered to have an important potential role in supplying heat and power to Russia’s northern and remote regions, which occupy over 50% of the country and contain the richest mineral reserves, but are not served by the “unified energy system”, which only covers about 15% of the country’s territory. Fuel (diesel) transport can account for about 80% of electricity prices in these remote areas.

Following on from experience with Akademik Lomonosov, an “optimised” floating nuclear power plant is under development, equipped with two RITM-200M reactors.

This would have an installed capacity of 100 MW, compared with 77 MW for Akademik Lomonosov, while at the same time vessel length is reduced by 28 m and displacement by 4320 t.

Looking beyond the Yakutia project, Rosatom expects to be able to commission land-based SMRs employing RITM reactors outside Russia from around 2029 onwards. According to Alexey Likhachev, Rosatom director general: “Rosatom always follows the principle: first we build in our own country and only then offer the technology to the market.”

Want to learn more about small and advanced reactors?

It's your final opportunity to register for Nuclear Engineering International’s Small and Advanced Reactors virtual event on THURSDAY 4 NOVEMBER at 12:00 GMT.

Bilibino city in the region of Chukotka 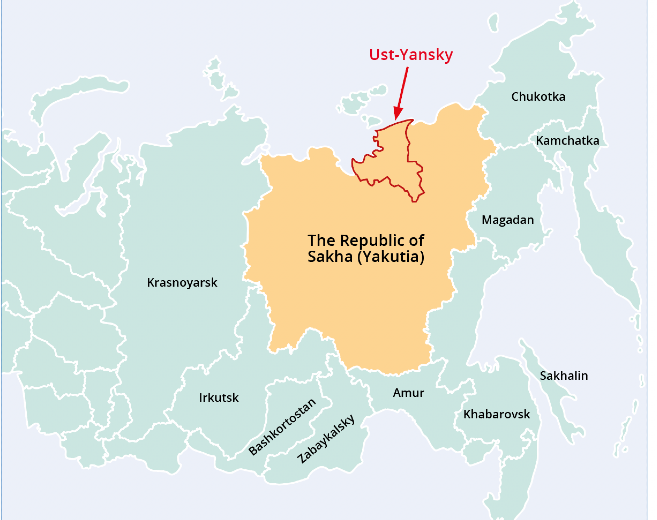