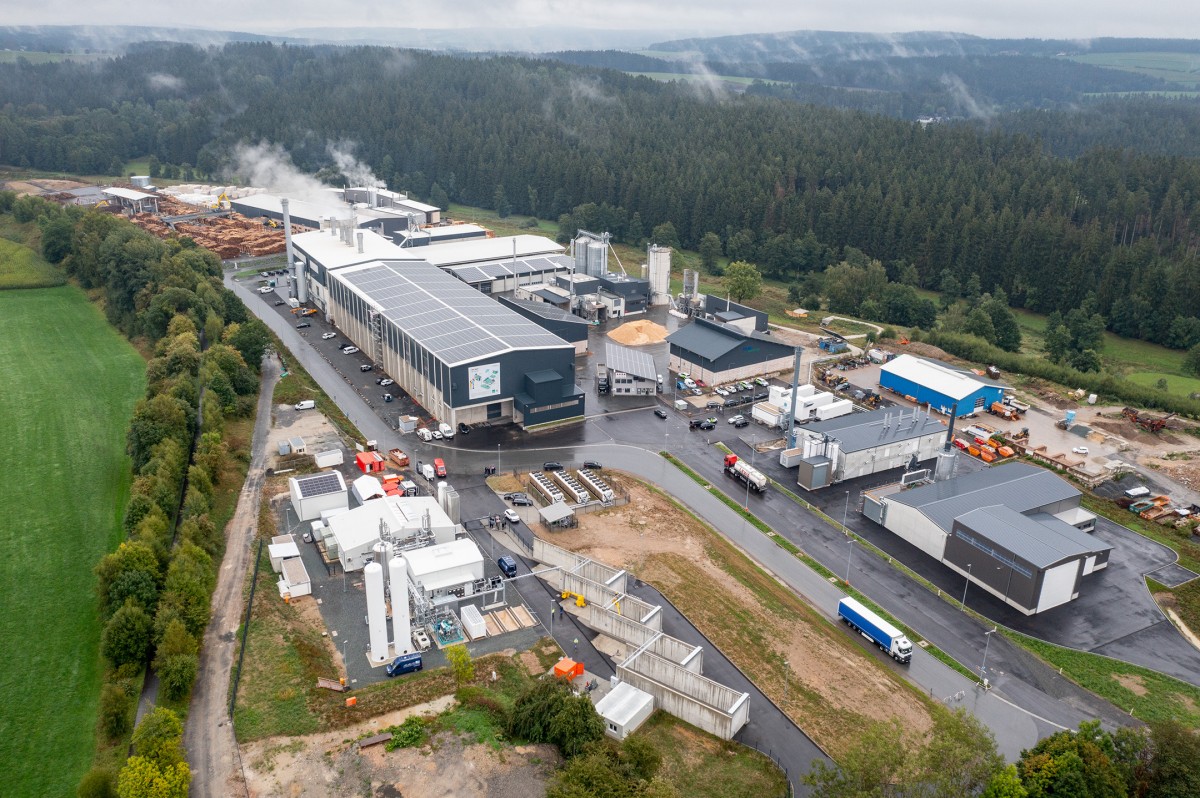 One of Germany’s largest green hydrogen generation plants has been planned and commissioned by Siemens in Wunsiedel, Upper Franconia, and has been handed over to the operating company WUN H2.

Up to 1350 tonnes of green hydrogen can now be generated annually from solar and wind power in the Wunsiedel Energy Park. The electrolyser, aSilyzer 300 with a total capacity of 8.75 MW is from Siemens Energy’s most powerful product line. It is based on proton exchange membrane (PEM) technology, which is said to be optimally suited for operation with renewable energies. The hydrogen will be used primarily in the region’s industrial and commercial enterprises, but also in road transport, cutting annual CO2 emissions by up to 13500 tons.

As general contractor, Siemens Smart Infrastructure is responsible for the construction of the hydrogen plant and the creation of an intelligently monitored and controlled power grid. The hydrogen will be distributed by truck trailers on a decentralised basis to end customers mainly within a radius of around 150 to 200 km. Following the construction of an H2 filling station at the Wunsiedel Energy Park, scheduled for completion in 2023, the regional fleet of commercial vehicles can be decarbonised.

“With global warming, energy dependency and rising costs becoming increasingly pressing issues, real-world solutions for the future of energy are crucial,” said Matthias Rebellius, Member of the Managing Board of Siemens AG and CEO of Smart Infrastructure. “The Wunsiedel project is an excellent demonstration of how vision and initiative combined with the right technology and financing can drive forward the development of a carbon-free power supply.”

Siemens Financial Services is supporting the project financially and holds a 45 % stake in the operating company WUN H2. With the commissioning of the plant, commercial production of the energy source H2 in Wunsiedel can start production immediately. Talks regarding the expansion of the plant’s capacity to 17.5 MW are already underway.