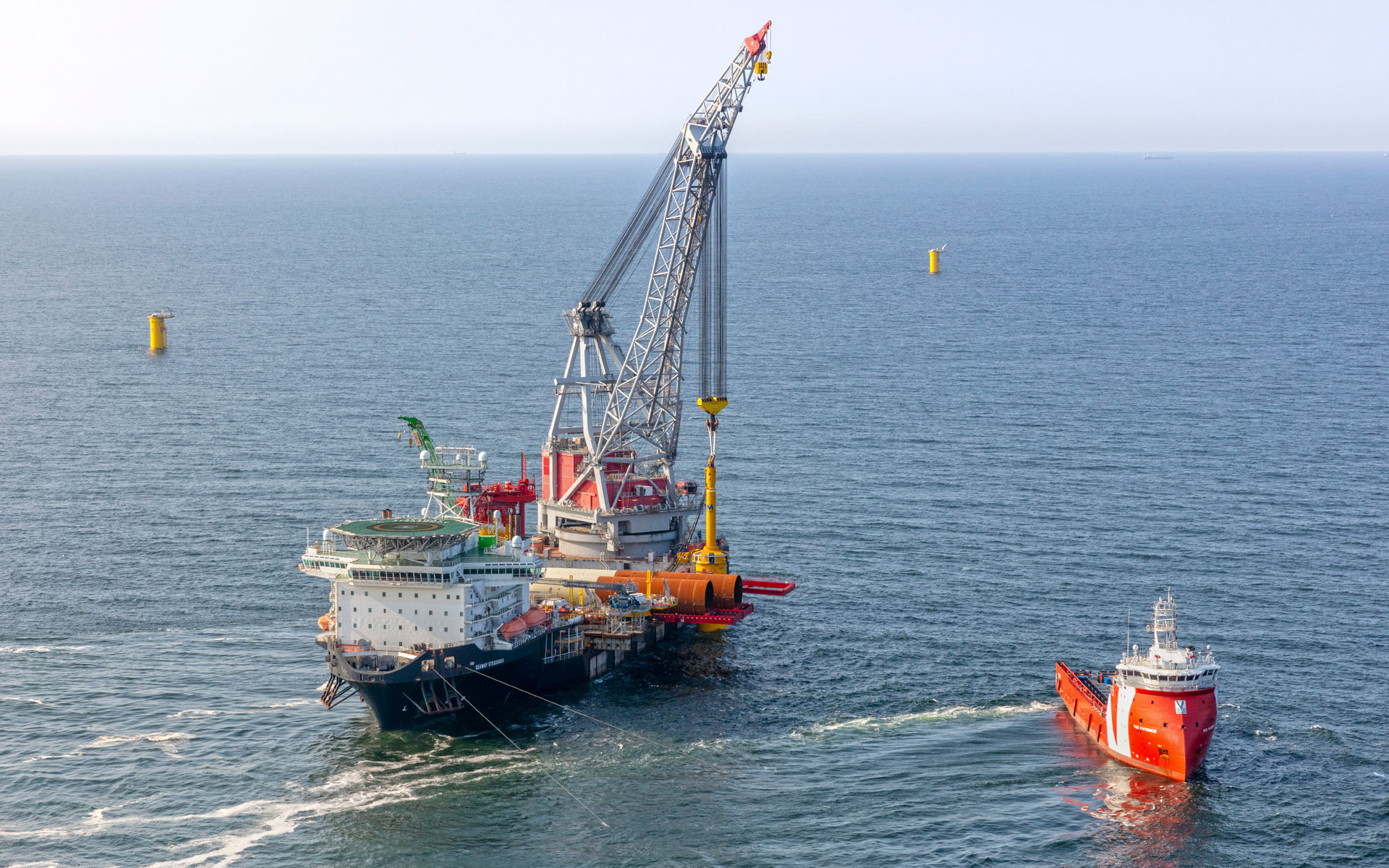 After months of preparation, the installation of the foundations of Dutch offshore wind farm Hollandse Kust Zuid is now underway. The offshore construction of the 1500 MW Hollandse Kust Zuid array started at the beginning of July, with full commissioning scheduled for 2023. Over the next two years, the wind farm, which is the world’s first offshore wind farm built without subsidies, will be constructed at a site off the Dutch coast.

Vattenfall’s foundation installation manager Malte Röder and his team have the task of making sure that the foundation installation work for the 140 x 11 MW turbines is well prepared and executed in a safe manner: “We always try to identify who’s best suited to perform a certain task and work collaboratively towards the same goal.”

To guarantee efficient use of materials such as steel, each foundation is designed specifically for the location where it will be installed. The heaviest and largest monopile weighs 955 tons and is 75 metres long, while the lightest and shortest foundation still weighs 735 tons and measures 62 metres. The monopiles will be installed in water depths varying from 17 to 28 metres.

The team will install as many foundations as it can until it takes a scheduled break in the autumn when the weather conditions on the North sea will be too rough to work.

The first series of foundations and secondary steel components have now been installed and have already provided some valuable lessons for the rest of the installation campaign.

”One of the lessons we took from this first series of installations is that a couple of bolts and nuts did not work quite as they should, “ Malte Röder says. “These kind of practicalities are now popping up because previously we mostly focused on the big parts fitting together. With the construction being far away from shore, you do not just bring new bolts to the construction site. We also have to make sure that other type of bolts have the same lifespan as the rest of the foundation. Plus, everything is so big that you cannot just buy parts in the store.”