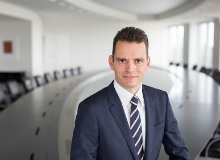 E.ON is responsible for planning and construction of the M5BAT battery facility and for developing and testing marketing strategies for future storage products for the energy marketplace. The Institute of Power Systems and Power Economics (IAEW) at RWTH Aachen University will provide research support. The E.ON Energy Research Center at RWTH Aachen University will operate the system, integrate it into the grid, and provide technical support. The battery manufacturers, Exide Technologies GmbH and beta-motion GmbH, as well as inverter technology supplier, SMA Solar Technology AG, will provide the components of the system and conduct operational testing.

The M5BAT project will deploy Exide's innovative VRLA gel and CSM copper plate technology, which delivers high cyclic capability and high current discharge. Beta-motion GmbH's high-output lithium ion batteries will be used for efficient load management. SMA's battery inverters will contribute to the system's scalability and modularity. Project Management Jülich (PTJ) will co-ordinate the public funding on behalf of the German Federal Ministry of Economic Affairs and Energy. Plans call for construction to begin in the autumn of 2014 and for the storage system to enter service in 2015.