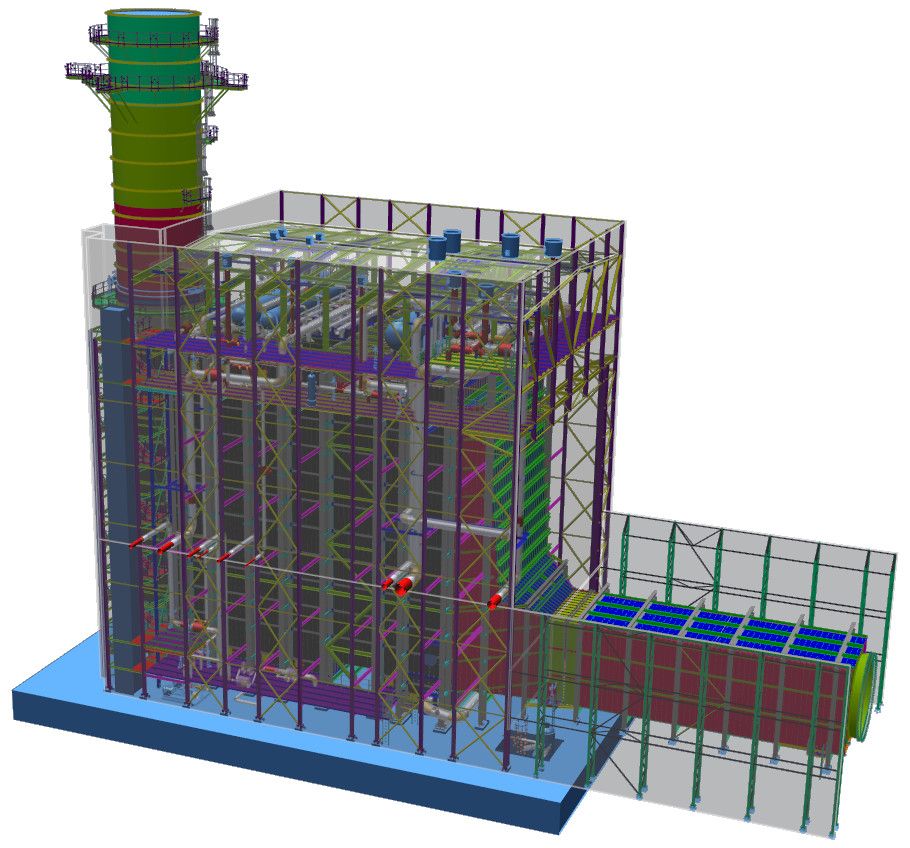 The Awirs power plant, in Flémalle, Liege, Belgium, will be replaced by 2025 with a new 875 MW combined cycle thermal power plant. Its operator, Engie, has contracted John Cockerill to design and supply the heat recovery boiler. It will be the largest and one of most efficient boilers of this type installed in the world measuring 73 m long by 25 m wide by 60 m high, and weighing 10 500 tons. It will contain nearly 30 000 pipes constructed from Inox and high temperature steels such as Inconel, resistant to steam temperatures over 600ºC.

The new gas fired combined cycle power plant will be commissioned in mid-2025. The site, which from the 1970s hosted the largest thermal power plant in Wallonia, is in a deconstruction phase.

The new plant will expected to achieve an efficiency of over 63%, one of the highest in the world for a gas/steam combined cycle power plant, thanks to the John Cockerill boiler, which will produce a third of the power plant’s energy, working in combination with what is said to be the most efficient gas turbine in the world, the Siemens Energy SGT5-9000HL.

Eric Absil, president of John Cockerill Energy Solutions, commented: “In the current context of energy transition, gas/steam power plants are a key element of national energy mixes. Designed to facilitate frequent start-ups and changes of regime, [this plant] will also provide all the flexibility necessary to adapt to the significant production fluctuations required by the intermittent side of renewable energies.“

John Cockerill and Engie have previously collaborated, under the same contractual scheme, for the construction of the Amercoeur (in Hainaut, Belgium) and Dunamenti (in Hungary) power plants.