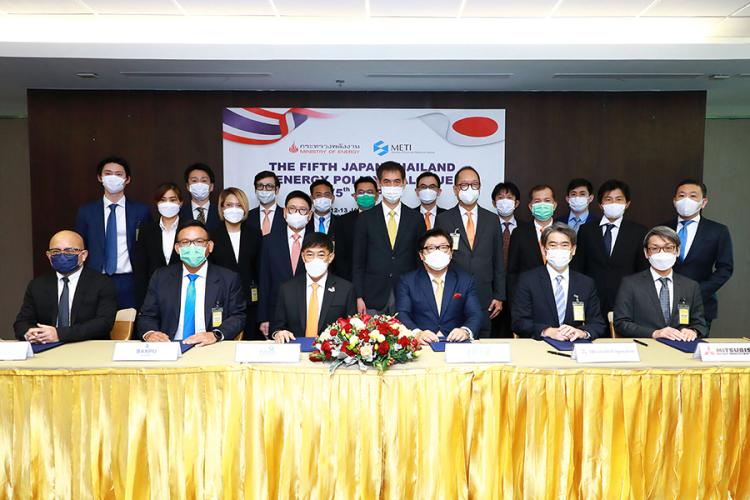 Mitsubishi Heavy Industries has signed a Memorandum of Understanding to collaborate in a feasibility study for the introduction of ammonia co-firing at a coal-fired thermal power plant operated by BLCP Power, an independent power producer in Thailand and a joint-venture (50:50) between Banpu Power Public Company and Electricity Generating Public Company (EGCO Group). The project aims to decarbonise the existing power plant, supporting Thailand in achieving its climate ambitions.

Several other Thai and Japanese organisations are also involved in the project; these include JERA Co Inc and Mitsubishi Corporation.??Under the feasibility study plan, MHI will determine and conduct a study on supply of ammonia burners, boiler facilities and equipment necessary for ammonia co-firing. JERA will examine the procurement and transportation of ammonia fuel, whereas JERA and Mitsubishi Corporation will investigate the port facilities, along with ammonia receiving and storage facilities. This will go toward establishing an integrated fuel value chain from procurement to utilisation. BLCP, MHI, Mitsubishi Corporation and JERA Co will also jointly conduct studies and develop plans to achieve up to 20% ammonia co-firing.??

Located in Rayong province in southeastern Thailand, the BLCP power station comprises two subcritical coal-fired boilers with a total output of 1434 MW that began operations in 2006 and 2007. MHI supplied the boilers, steam turbines, and other main facilities of the power station.??

Thailand has announced its commitment to reach carbon neutrality by 2050, and net zero greenhouse gas emissions by 2065. The country plans to strengthen its co-operation with Japan regarding decarbonisation technologies for fuels such as ammonia and hydrogen.