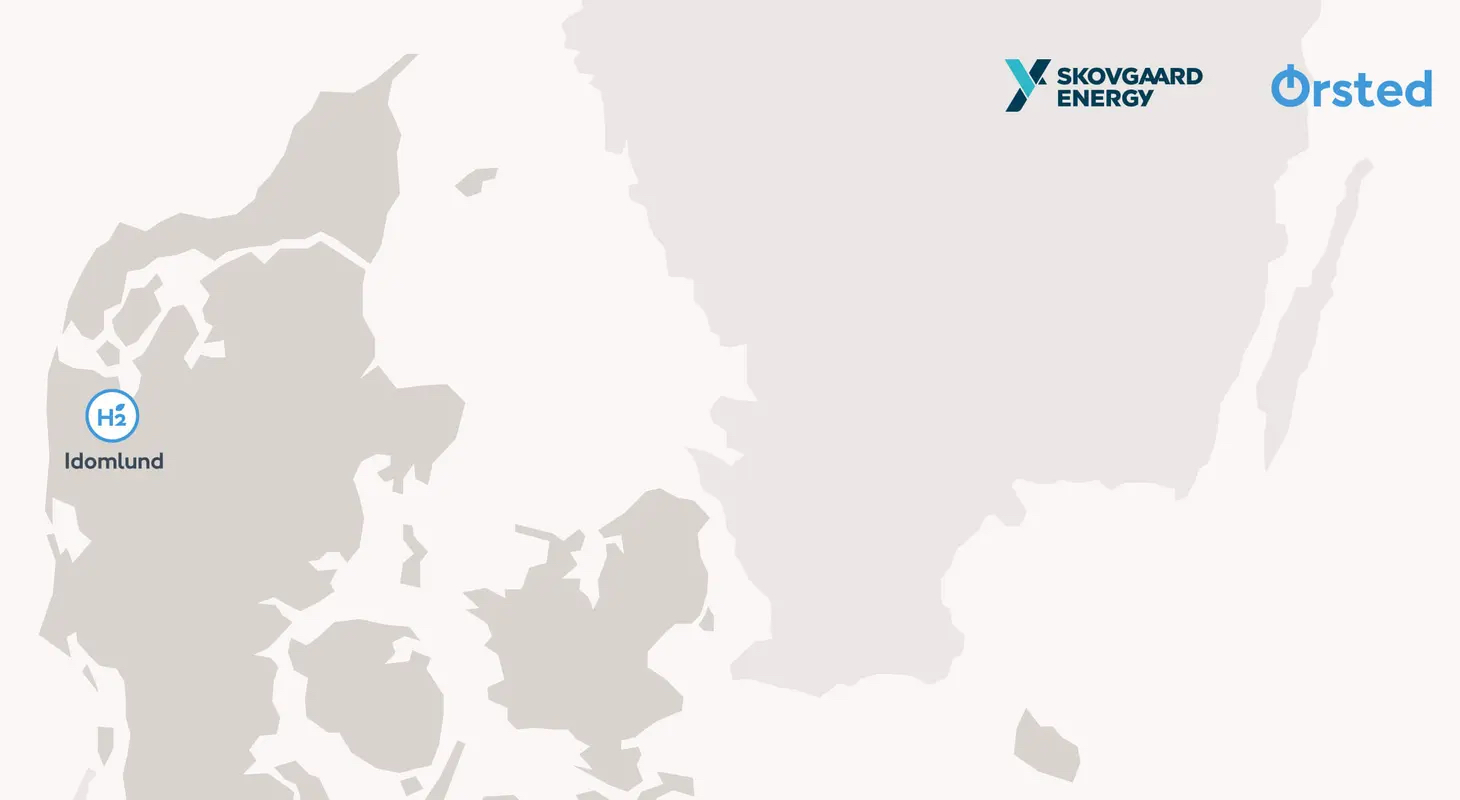 Ørsted and Skovgaard Energy have signed a letter of intent to jointly develop a Power-to-X facility in Denmark with one of the country’s most attractive locations. The facility will be built in several phases, and is expected to play a central role in the start-up of the Danish Power-to-X industry as well as in the establishment of large-scale exports of renewable hydrogen for the green transformation of Europe.

The first phase of the project will have an expected electrolysis capacity of 150 MW and will be powered by onshore wind and solar PV. Skovgaard Energy has already commenced the development of both the Power-to-X project and the associated onshore wind and solar PV, to enable fast development of the project if the regulatory work goes according to plan.

The facility will be located in Idomlund near Holstebro in the western part of Denmark, which is an optimal strategic location enabling significant scaling of the project. Idomlund is expected to be the landfall for parts of the huge offshore wind build-out in the North Sea, which enables easy access to very large renewable energy resources. The EU countries around the North Sea have set combined offshore wind targets of 65 GW by 2030 and at least 150 GW by 2050. Furthermore, the scalable nature of the project fits well with Ørsted’s phased approach to constructing Power-to-X projects, where learning can be applied from project to project in the expected rapid scale-up of the technology.

If the necessary offshore wind capacity and hydrogen infrastructure in and out of Denmark is established, the facility’s electrolysis capacity will be able to increase to more than 3 GW, and the hydrogen can be exported on a large scale, and contribute to the green transformation throughout Europe. It will also contribute significantly to Denmark’s target of 4 – 6 GW of electrolysis capacity by 2030. The European Commission expects that tens of billions of euros will be invested in Power-to-X towards 2030, and Denmark is well-positioned to play a leading role in the development of this industry.

Ørsted and Skovgaard Energy are both deeply involved in the development of Power-to-X. Skovgaard Energy and partners are building Denmark's first dynamic Power-to-X plant for the production of green ammonia, while Ørsted has constructed the renewable hydrogen project ‘H2RES’ at Avedøre power station in Copenhagen, where the flagship project ‘Green Fuels for Denmark’ is also located.