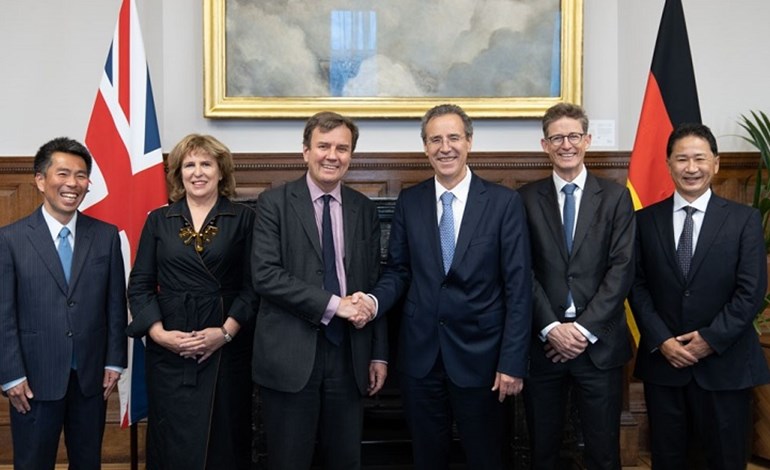 The €2.8 bn NeuConnect project, a significant new energy link between two of Europe’s largest energy markets, the UK and Germany, reached financial close on 21 July, paving the way for work to start later in the year on this first direct link between the two countries.

Led by global investors Meridiam, Allianz Capital Partners and Kansai Electric Power, NeuConnect is a privately-financed  interconnector. The project has reached financial close with a consortium of more than 20 national and international banks and financial institutions including the UK Infrastructure Bank, European Investment Bank (EIB), and Japan Bank for International Co-operation (JBIC).

The 1.4 GW bi-directional NeuConnect link will be one of the world’s largest interconnector projects at 725 km in length. It is scheduled to be operational by 2028, helping to deliver:

It is expected to deliver energy resilience, security of supply and consumer benefits to both markets, and a significant reduction in CO2 emissions by integrating renewable energy sources in the UK and Germany. Independent analysis shows that the project could deliver a net reduction in carbon emissions of over 13 MtCO2 over 25 years. As a result its financing framework is considered by Moody’s ESG Solutions as being aligned with the four core components of the LMA’s Green Loan Principles 2021

Along with creating an important new piece of energy infrastructure, NeuConnect is hoped to represent an important symbolic link between the British and German economies.

Energy and Climate Change minister Greg Hands commented: “Putin’s illegal invasion of Ukraine shows it is more important than ever that we strengthen close energy bonds with European partners who are rapidly moving away from using Russian gas. When it comes online, NeuConnect will open new opportunities for the UK to export clean, and cheaper, renewable energy and reduce [its] exposure to volatile global fossil fuel prices.”