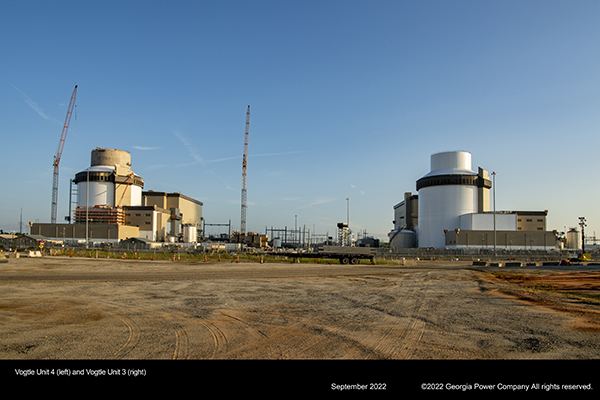 Georgia Power has delayed the start up of Vogtle Unit 3, the only nuclear unit presently under construction in the USA, after detecting vibrations related to cooling system piping, the company said in a filing with the Securities and Exchange Commission.

The vibrations occurred during start-up and pre-operational testing, as reported by Georgia Power, a Southern Company subsidiary. Georgia Power now says the 1100 MW unit is now expected to reach initial criticality during February, and to be in service by April, a delay of at least three months compared to the company’s earlier projections. The delay is expected to raise capital costs by $15 million per month, the company said.

Georgia Power warned of possible additional schedule delays or cost increases. It cited required engineering changes or remediation related to plant systems, structures or components based on new technology that only recently began initial operation in the global nuclear industry at scale.

“The ultimate outcome of these matters cannot be determined at this time,” it said. Updates will be provided during Southern Company’s earnings call in February.

Construction of Vogtle 3 began in March 2013 and unit 4 in November of that year. Southern Nuclear and Georgia Power took over managing the construction project in 2017 following Westinghouse’s Chapter 11 bankruptcy.

The US Nuclear Regulatory Commission authorised Southern Nuclear Operating to load fuel and start operation at Vogtle Unit 3 in August 2022.