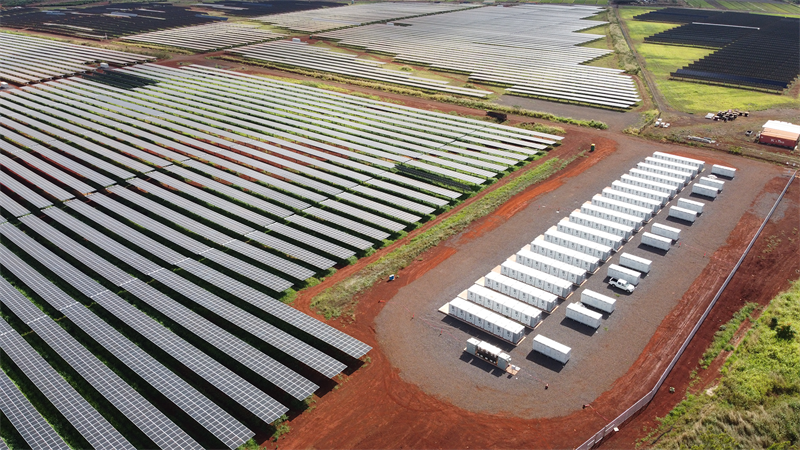 Wärtsilä is delivering a 500 MWac, 2 GWh portfolio of energy storage systems to clean energy developer and operator Clearway Energy Group. The contracts cover five sites located in Hawaii and California and include one of the world’s largest ever solar-plus-storage project portfolios.

The USA has a target to achieve a more than 50 % reduction in net greenhouse gas pollution by 2030. Solar and storage is expected to play a major role in delivering this target, and accelerating the transition by creating low-cost clean energy at scale.

The portfolio includes the Daggett 2 and Daggett 3 projects, which taken together represent one of the largest co-located photovoltaic plus storage facilities in California, at 482 MWac of solar PV and 275 MWac, 1.1 GWh of energy storage. The Daggett projects are in San Bernardino, California, adjacent to the site of a retired coal and natural gas plant. The AC-coupled storage systems will help the state reach its goal of 100 % carbon-free electricity by 2045. Construction has commenced on both projects with expected completion dates in 2023.

Two projects, collectively 75 MWac, 300 MWh of energy storage, are being installed at Clearway Energy Group’s Mililani I Solar and Waiawa Solar Power facilities on the Island of Oahu in Hawaii. Construction is expected to finalise in 2022. The projects are Wärtsilä’s first large-scale energy storage systems in Hawaii.

The fifth project in the portfolio is a 147 MWac, 588 MWh system that will be connected to the operating 192 MWac Rosamond Central solar PV facility in Kern County, California. The energy storage system will perform ancillary services, primarily solar shifting, for the California Independent System Operator. Construction is expected to be completed in December 2023.

Each facility will include Wärtsilä’s GridSolv Quantum, an integrated, modular energy storage system, as well as the GEMS Digital Energy Platform, Wärtsilä’s energy management platform for power system optimisation. All five projects will also include long-term service and guaranteed performance agreements with Wärtsilä.