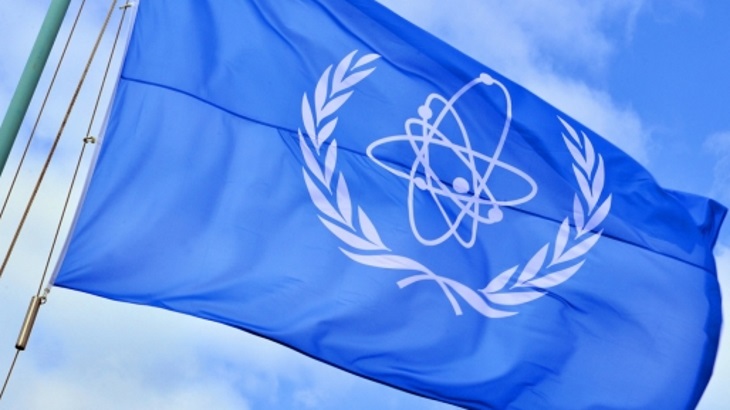 According to the International Atomic Energy Agency’s Update 143, director general Rafael Grossi updated president Volodymyr Zelensky in Kyiv on 19 January about the expanding and intensifying activities of the IAEA in helping Ukraine ensure nuclear safety and security at its nuclear facilities during the military conflict, with several permanent IAEA expert missions recently established across the country.

The director general stressed that the zone is essential for preventing a severe nuclear accident and said he would press ahead with his efforts to make it happen as soon as possible.

“Everybody agrees that the plant – located on the frontline in an active combat area – needs to be protected, but these are very complex negotiations. I will not stop until the much-needed zone is a reality. I will continue my intensive consultations with both Ukraine and the Russian Federation in the coming days and weeks,” he said.

“This major nuclear power plant continues to face daily dangers. Our team there continues to hear explosions close to the site” he added.

In Kyiv, the director general also met with prime minister Denys Shmyhal, with whom he had agreed in December to establish permanent IAEA nuclear safety and security expert teams at all of Ukraine’s NPPs and the Chornobyl site.

That plan was implemented during the week of 16 January with IAEA flag-raising ceremonies at the South Ukraine and Rivne NPPs, and the Chornobyl site. Two IAEA experts are now continuously staying at each of these three facilities to provide technical support and assistance, assess the plants’ equipment and other needs and report about the situation to IAEA headquarters and the world.

“Across Ukraine – from north to south – this week has seen a major expansion in the IAEA’s on-the-ground support for the country’s efforts to prevent a severe nuclear accident during the war. At Ukraine’s request, the IAEA flag is now flying at these important nuclear facilities. For the first time, we will have our top experts permanently present at all of Ukraine’s nuclear power plants as well as the Chornobyl site. Their vital work will help reduce the very real nuclear dangers the country is facing,” Mr Grossi said.

Russian attacks on Ukraine’s energy infrastructure continued throughout December with the UN reporting in mid-month that 50% of the country’s energy infrastructure had been put out of action or destroyed. On 29 December Russia carried out the heaviest bombardment yet, when many regions of Ukraine, including its capital, faced the biggest wave of strikes in weeks targeting national infrastructure. Russia dispatched explosive drones to selected regions overnight before broadening the barrage with "air and sea-based cruise missiles launched from strategic aircraft and ships" in the morning, as reported by the Ukrainian air force.

Jaco Cilliers, the resident representative to Ukraine for the UN Development Programme, said Ukrainian president Volodymyr Zelenskyy has asked the UNDP and World Bank to do a ‘needs and damage assessment’ of the infrastructure around the energy grid. The initial report is expected to be ready by the end of January, and is to be updated every two months going forward.